For all the followers of the English monarchy out there (and there must be a few still – sorry, Australian Republican speaking), the link below is to an interesting article on the ‘true’ heir of the British throne.

Scotland: Abdication of Edward Balliol from the Scottish Throne

The reign of Edward Balliol as Scottish monarch was assisted through the backing of Edward III of England, when he gained the crown in September 1332 through  what was essentially a coup with English complicity. The reign was interrupted after just three months by forces loyal to the true King of Scotland (David II) at the end of 1332 and he retreated to England.

In 1333, through the Battle of Halidon Hill, Balliol was restored to the throne. He was dethroned again in 1334 and gained it once again in 1335. However, he essentially lost the throne for all time in 1336. More battles would follow, but he had little true support in Scotland.

On this day in 1356, Balliol surrendered all claims to the Scottish throne to Edward III in exchange for an English pension. 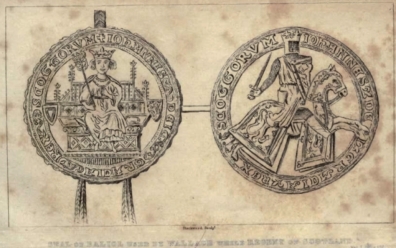