Tag Archives: Remarks on the Life and Death of the Fam’d Mr. Blood 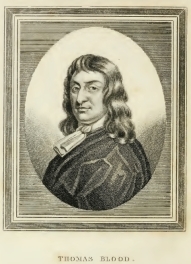