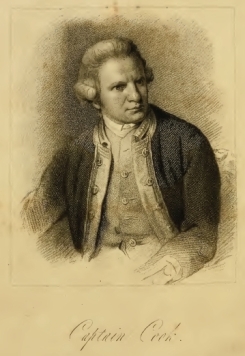 On his third voyage of discovery, Captain James Cook commanding the HMS Resolution (accompanied by the HMS Discovery), became the first European to discover the Hawaiian Islands (which he called the ‘Sandwich Islands’). This occurred on the 18th January 1778.

On the very same day, the First Fleet arrived at Botany Bay (Australia) – an area of ‘New Holland‘ discovered by James Cook during his first voyage of discovery.