The link below is to an article that reports on what may be the discovery of a medieval church beneath King’s Square in York, England. 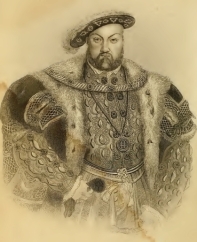